Celebrating its 60th anniversary in 2020, Grand Seiko unveiled a new high frequency mechanical movement, Caliber 9SA5, in reference SLGH002. Developed from the ground up after 9 years of development led by movement designer Hisashi Fujieda, 9SA5 is a 10-beat movement boasting 80 hours of power reserve and a precision rate of +5 to -3 seconds a day. Deploying all the skills and experience gained over the past six decades, Grand Seiko achieved in creating what is beyond doubt the finest mechanical caliber in its repertoire.

The movement is as beautifully finished as it is efficient. The bridge has a gently curving outline that is inspired by the shapes of Mt. Iwate and a bend in the Shizukuishi River that runs near the studio where the watch is made. Just as Caliber 9SA5 makes a significant and defining statement about the next stage of Grand Seiko’s technical development, the design also has a distinctive look that marks a new beginning.

SLGH003, a limited edition of just 1,000 pieces, is the second watch to utilize this new movement. Rendered here in stainless steel, the new intricate case design (inspired by the historical 44GS) is beautifully finished, with stunning contrast between polished and brushed surfaces, of which there are many. The blue dial features new ornate hands and indexes, arguably the most complex Grand Seiko has ever produced. But despite their obvious beauty, they also serve a practical purpose. They pop against the base of the dial, making them incredibly easy to read. SLGH003 also has a crown that is positioned lower in the case. The effect is a watch that is ultimately thinner and one that has a lower center of gravity, which means that it will sit more securely against the wrist. 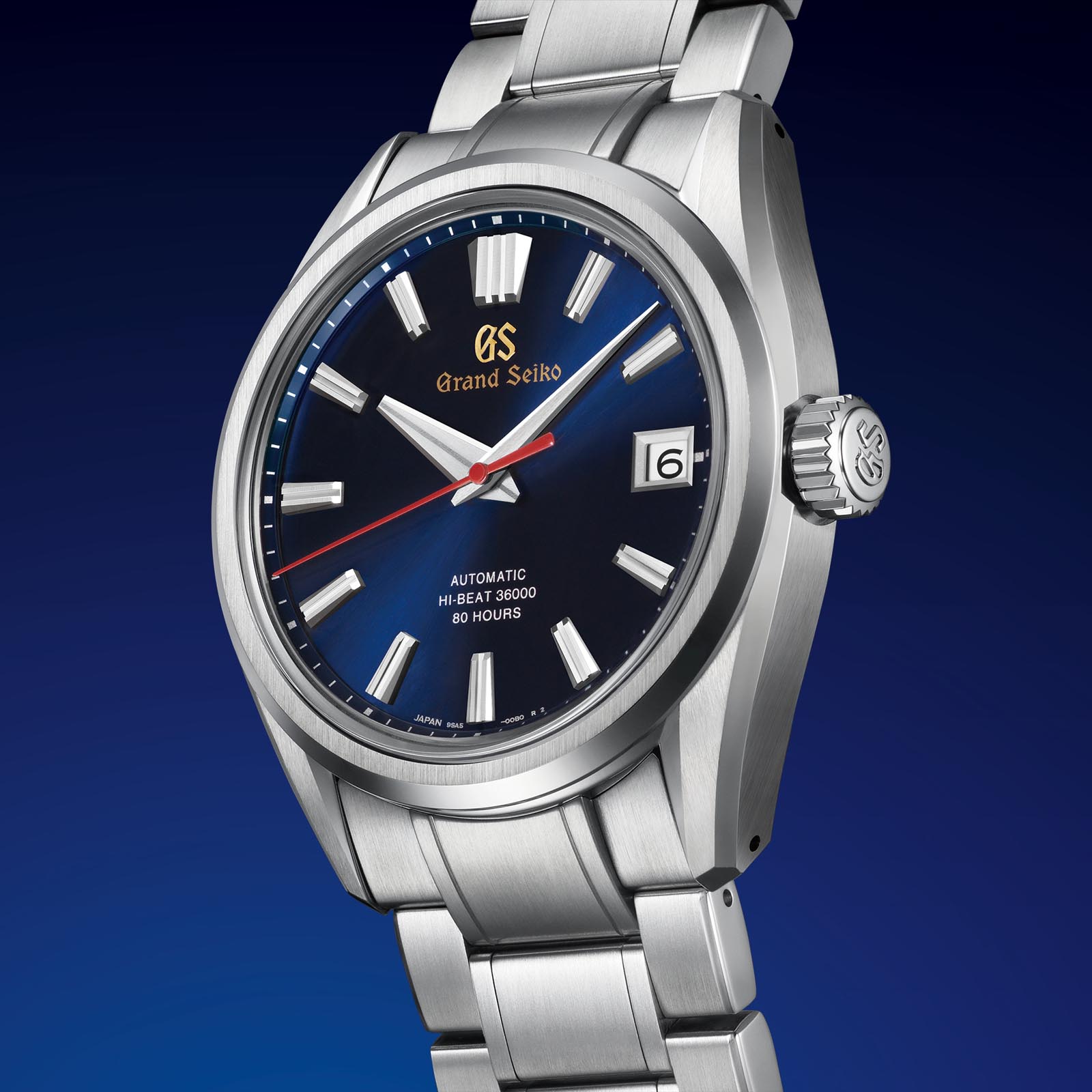 SLGH003
Legibility is at the forefront with the new SLGH003 design. 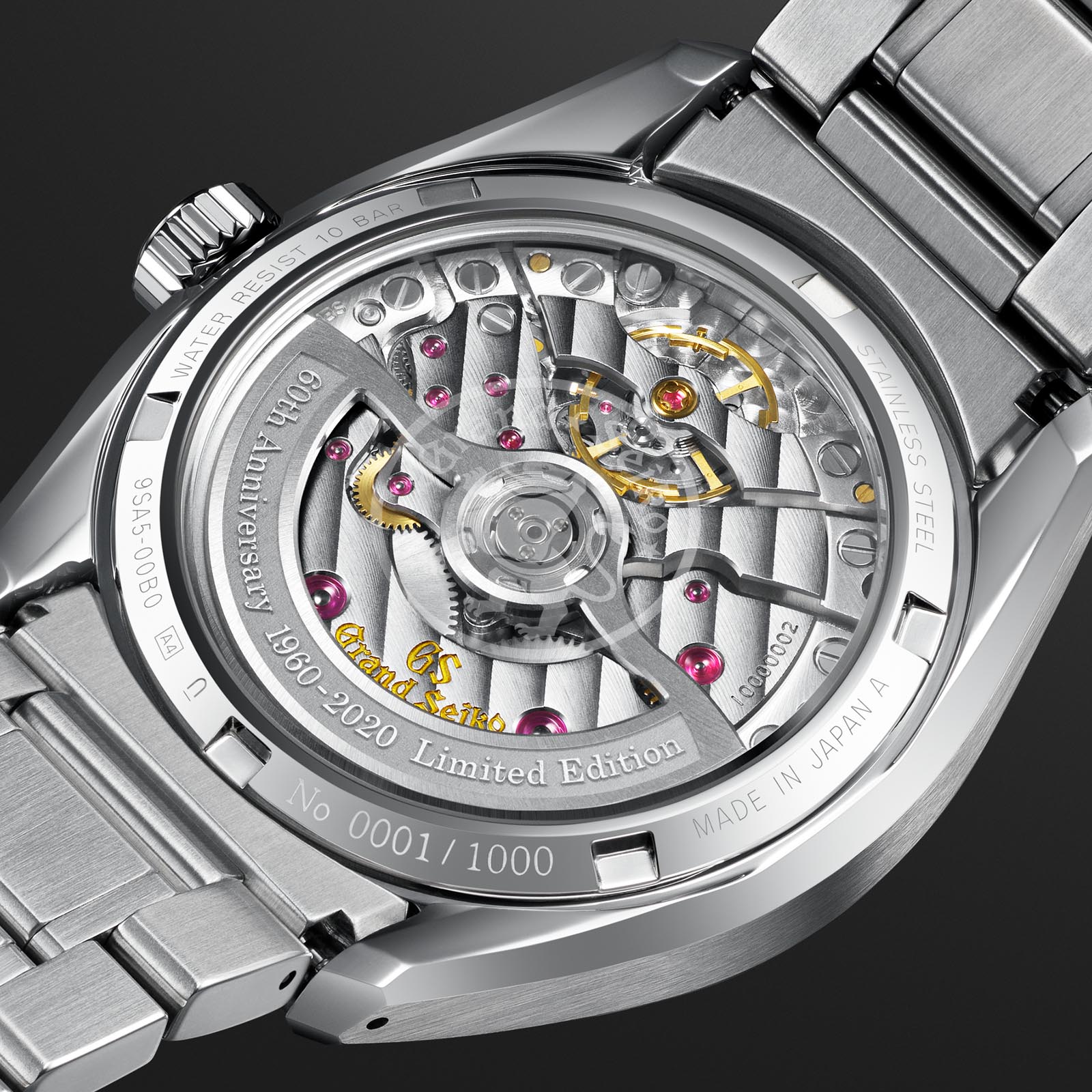 SLGH003
Caliber 9SA5 is visible through the exhibition case back. 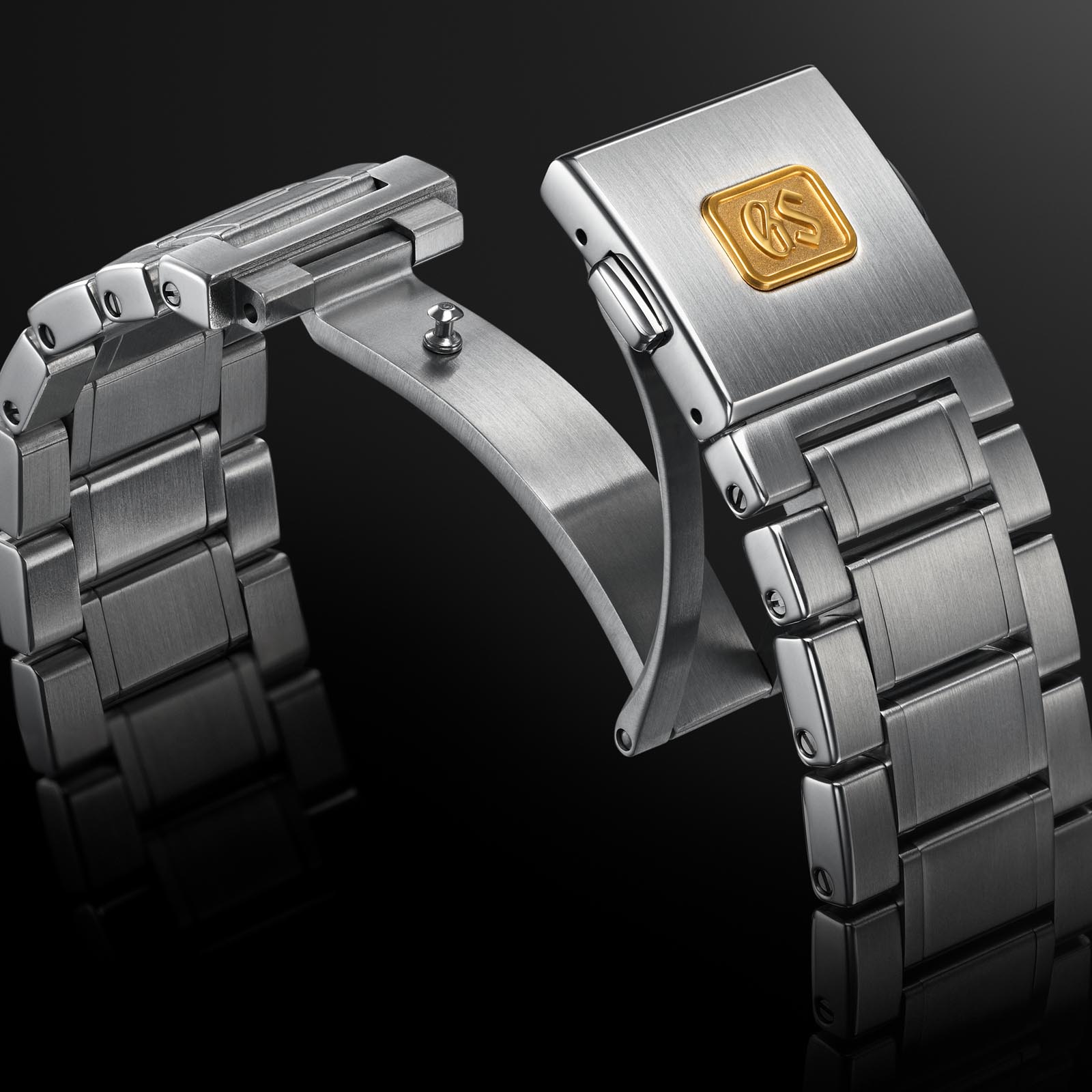 SLGH003
A new bracelet design with the Grand Seiko logo in 18K gold.