In 2020, Grand Seiko introduced two Special Edition timepieces exclusive to the US. These two models, SBGA427 and SBGA429, were inspired by sōkō, the sekki (micro-season) that translates to “frost descends.” SBGH295 Sōkō Frost, one of two US-exclusive Special Edition timepieces, grows that collection with a twist, this time with a dynamic blue kirazuri dial enclosed inside the iconic 62GS case. The reimagined 62GS design calls back to a model from Grand Seiko’s archives, first released in 1967. With its mirrored, multi-sided case finished in Grand Seiko’s signature Zaratsu technique, and its wide dial opening punctuated by a bezel-free construction, the 40mm case is an eye-catching example of Grand Seiko’s distinct design language. With its delicate texture, the dial is inspired by the clear blue skies over the Sea of Japan during the early winter months. Many will recognize it as the kirazuri “ice blue” dial first introduced in the U.S. Limited Edition collection from 2018. Inside SBGH295 is Grand Seiko’s Hi-Beat 9S85 caliber. This sophisticated movement operates at a higher oscillation rate of ten beats per second, and it achieves greater accuracy via improved resistance against external forces will ensuring a power reserve of 55 hours. SBGH295 is paired with a matching stainless steel bracelet, and it comes with an additional crocodile leather strap with a three-fold clasp with a push-button release. 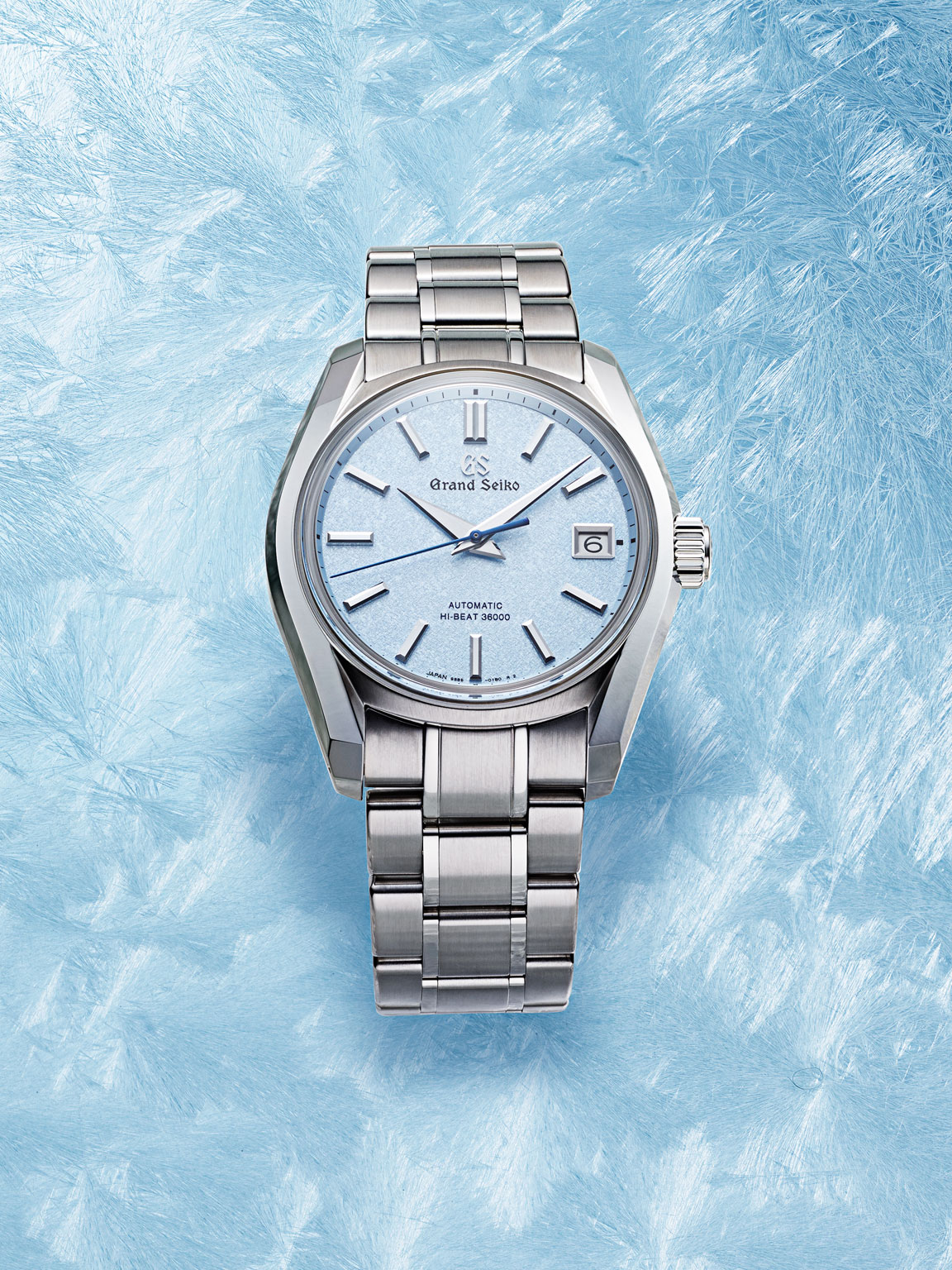