Kodo - a horological milestone ten years in the making

In 2020, Grand Seiko unveiled the T0 "Constant-Force Tourbillon,” a concept movement that brings together a tourbillon and a constant-force mechanism in one unit on a single axis for the very first time in horological history. Two years later, Grand Seiko has brought the concept movement to life in a dedicated timepiece called Kodo (Japanese for heartbeat), powered by the new 9ST1 caliber.

The SLGT003 case is constructed from both Platinum 950 (inner case) and Grand Seiko’s Brilliant Hard Titanium (outer case). With its open design, Kodo showcases the inner machinations of the impressive caliber on both sides of the case. But despite its complexity, with Kodo being a Grand Seiko timepiece, legibility and functionality remain critical. Therefore, there is a dedicated sub-dial for timekeeping, where Grand Seiko’s dauphine hands draw the eye, and the hour hand even has an extra facet at the tip to avoid confusion with the minute hand. The constant-force carriage has a ruby on one of its arms, which acts as a small seconds hand. The caliber also features a hacking function to ensure precise timekeeping.

As the inner tourbillon carriage rotates fully once per 60 seconds, the balance vibrates at eight beats per second while the outer constant-force carriage follows its rotation at exact one-second intervals. The sounds of the active escapement and the once-per-second impulse of the constant-force mechanism harmonize to create a deeply satisfying and re-assuring heartbeat, similar to that of a musical 16th note, and it is what inspired the name.

Because there are no components between the tourbillon and constant force mechanism, there is no change to the torque transmitted from the constant-force mechanism to the balance wheel. This results in a duration of 50 hours for the constant-force mechanism, as well as a more stable balance amplitude, which improves movement accuracy. Caliber 9ST1 establishes a new standard for accuracy. Each movement is fully wound every 48 hours (as opposed to the typical 24 hours) in six positions and at three temperatures. This is twice as long as the Grand Seiko standard and other industry standards. Individual movements are tested over a period of 34 days, and the performance of each movement is recorded in an individual certificate that accompanies every watch.

SLGT003 is offered with a Himeji Kurozan calf strap, which has been called the “black diamond of natural leather.” It is treated in the same traditional way Samurai armor once was to enhance durability. To achieve its distinct sheen, the surface of the strap is painted by hand with multiple layers of Urushi lacquer. It comes fitted to a platinum three-fold clasp. SLGT003 also comes with an alternative crocodile strap with crocodile leather on both sides to maximize resistance against moisture.

Grand Seiko Kodo is a Boutique exclusive and will be available as a limited edition of 20 pieces. 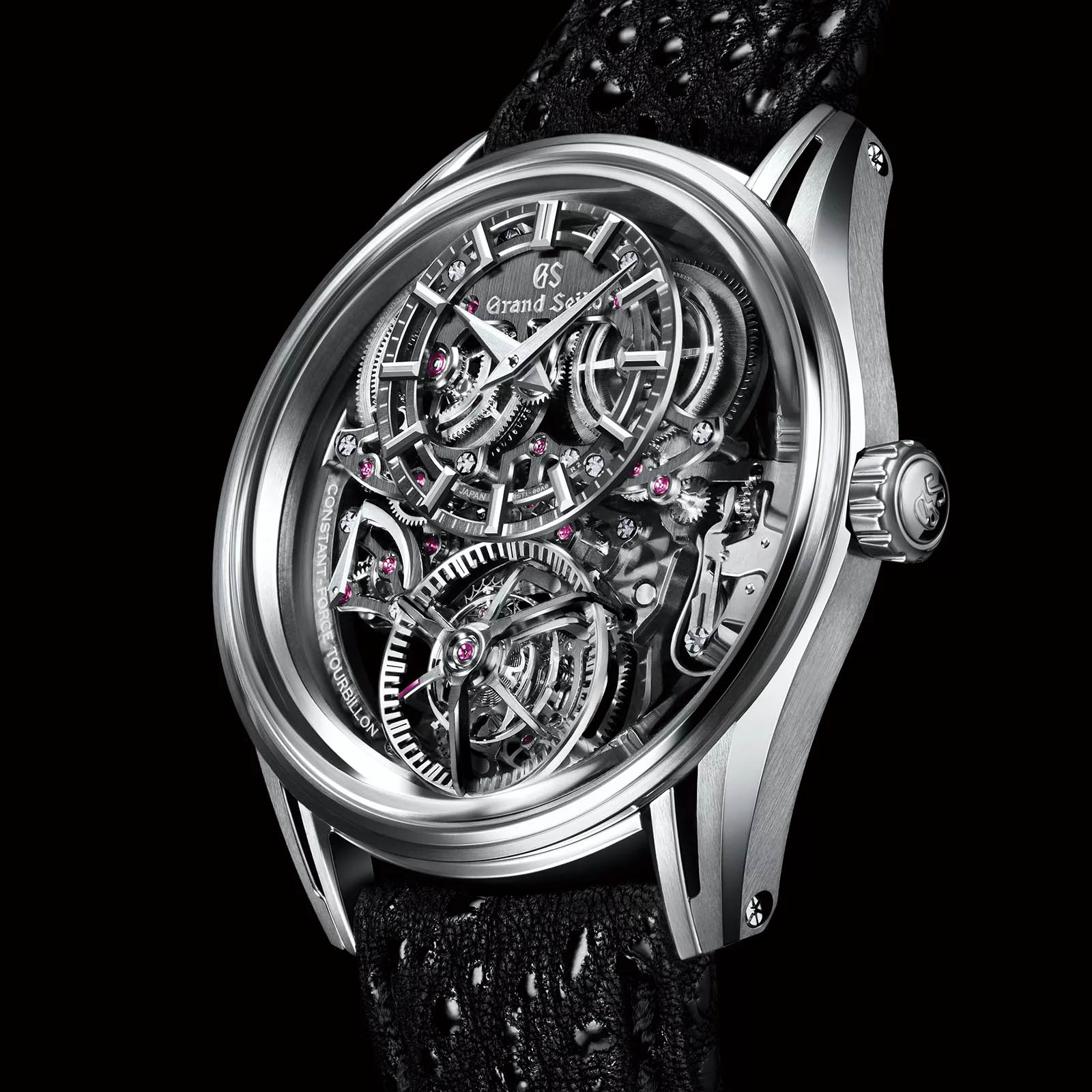 Kodo SLGT003
A concept movement like no other brought to life. 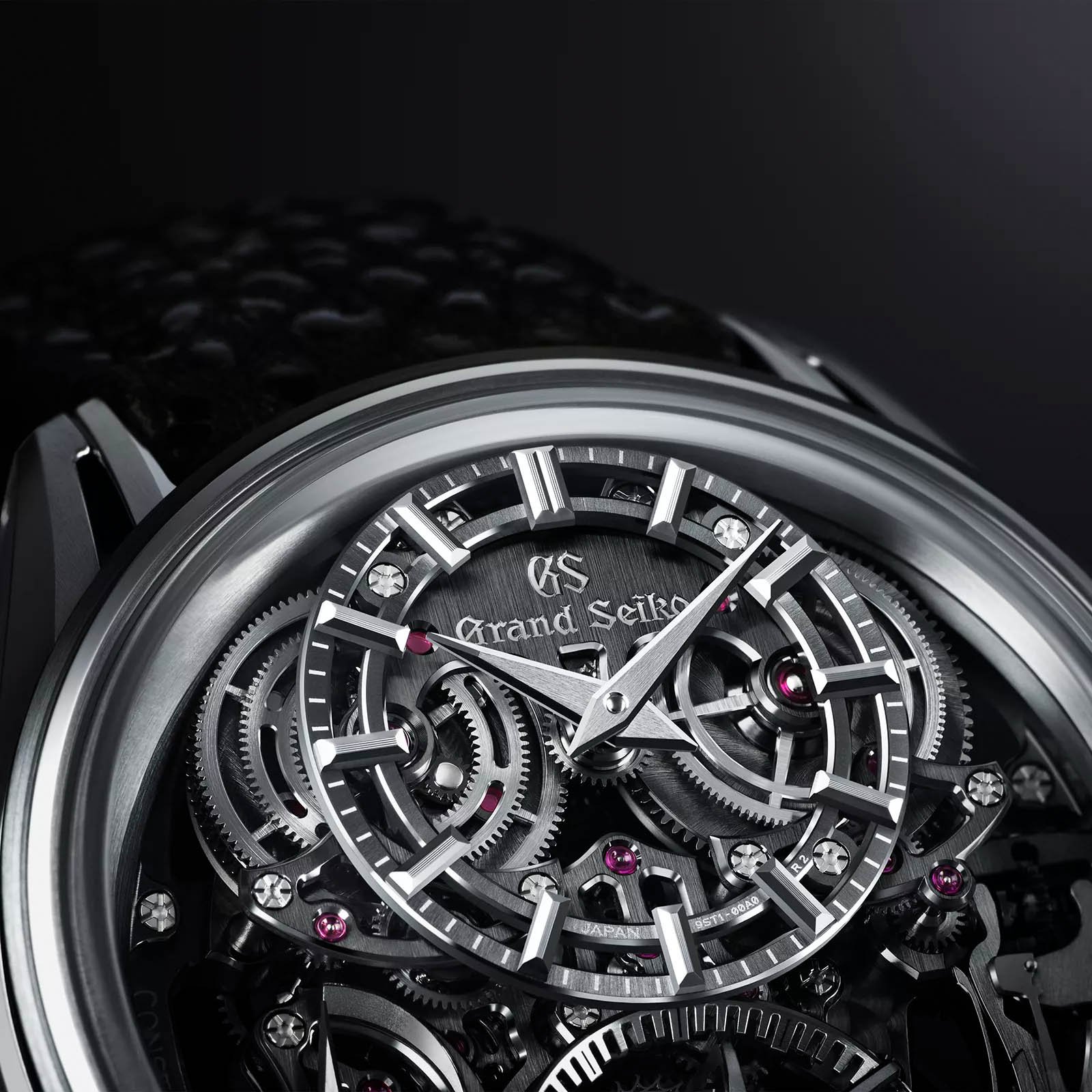 Kodo SLGT003
Caliber 9ST1 is the world's first constant force tourbillon as one unit on a single axis. 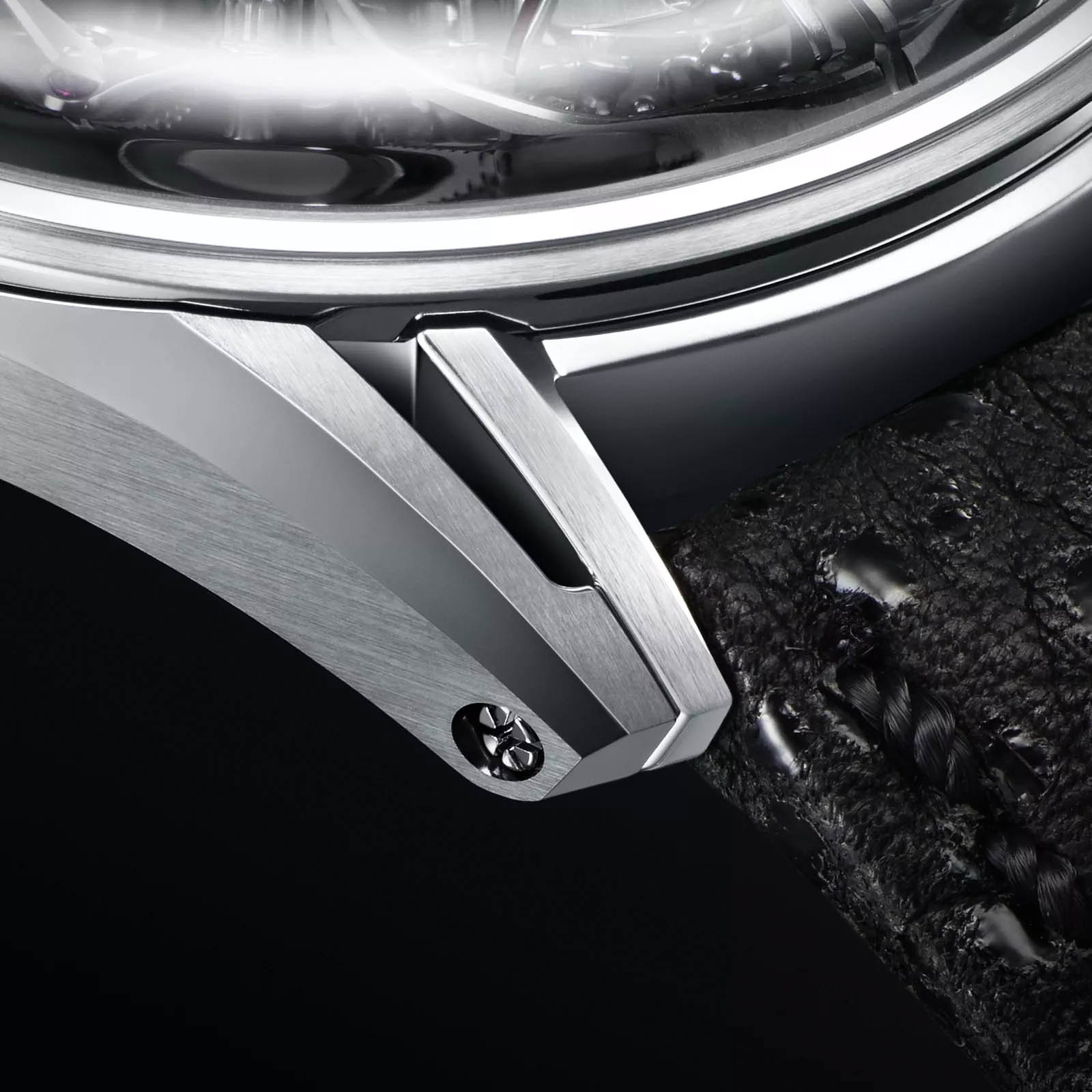