In the cold of winter, the surface of Nagano’s Lake Suwa freezes over. In some years, long ridges appear in the ice that reach from shore to shore. According to local tradition, these are the Omiwatari, or “pathways of the gods.” Thermal springs below the surface are what cause the rapturous cracking of ice, but as the legend goes, Shinto deities traversing the frozen surface to visit one another give rise to the phenomenon.

Not far from Lake Suwa, Grand Seiko makes dials that honor the legend of the Omiwatari. The second watch to feature such a dial is the SBGY013, whose white texture mimics the undulations of the frozen lake blanketed with snow. The minute hand, heat-blued seconds hand, and indexes are all gently bent downward, following the curvature of the dial and the sapphire crystal.

The elegant 38.5mm Dress Series case used for SBGY013 required an adaptation of the Zaratsu polishing technique for curved surfaces so that its sloping lugs could achieve an immaculate, distortion-free shine.

Under that dial is the manually wound 9R31 Spring Drive caliber with three days of power reserve, itself a stride toward horological legend. 9R31 features a dual mainspring structure seen in the Masterpiece caliber 9R02 and enables the Omiwatari to have a wrist-hugging thickness of only 10.2mm. Whereas the initial, blue-dialed version of the Omiwatari came on a crocodile strap, this version comes on a nine-link stainless steel bracelet. 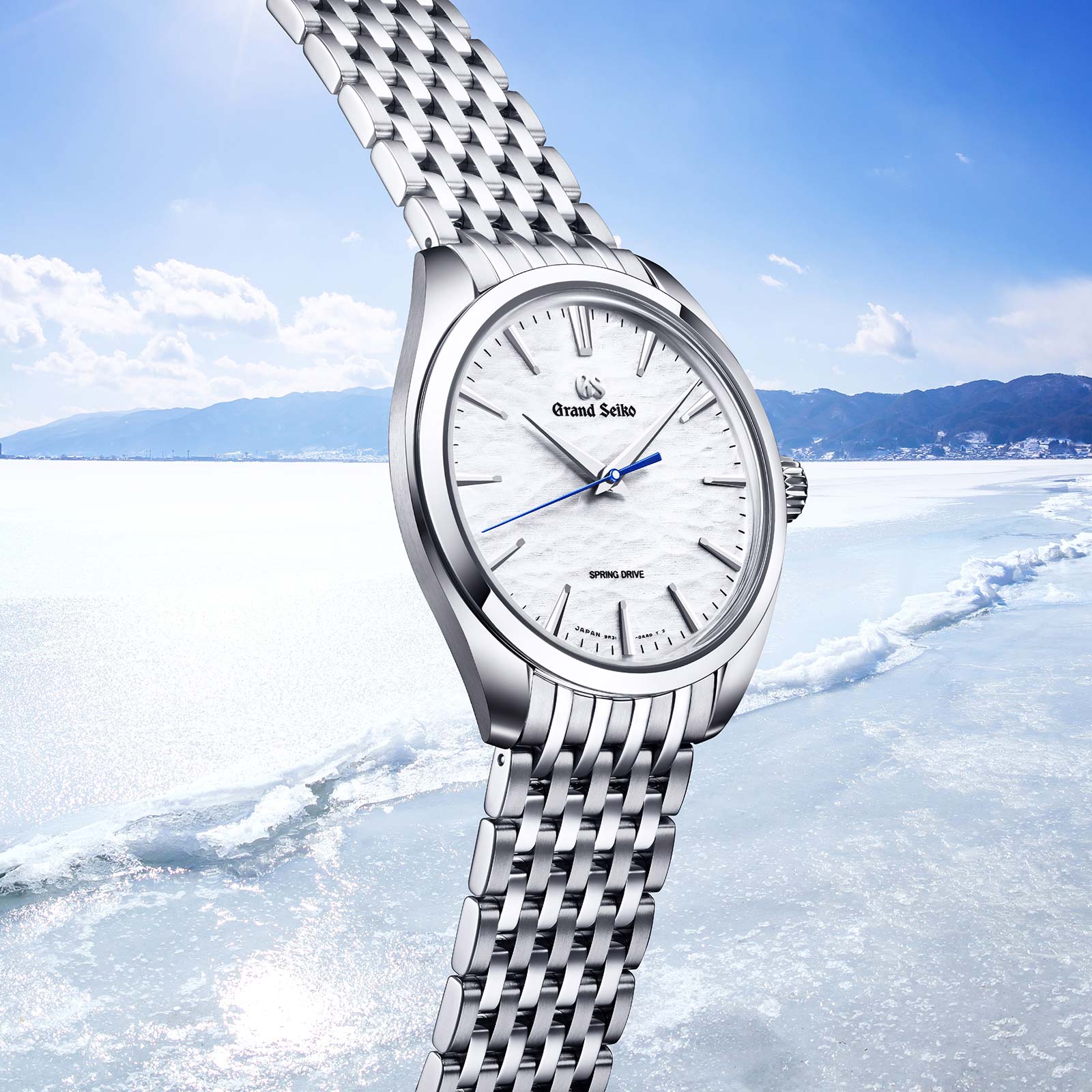 SBGY013
A dial inspired by "Omiwatari," a local Japanese tradition. 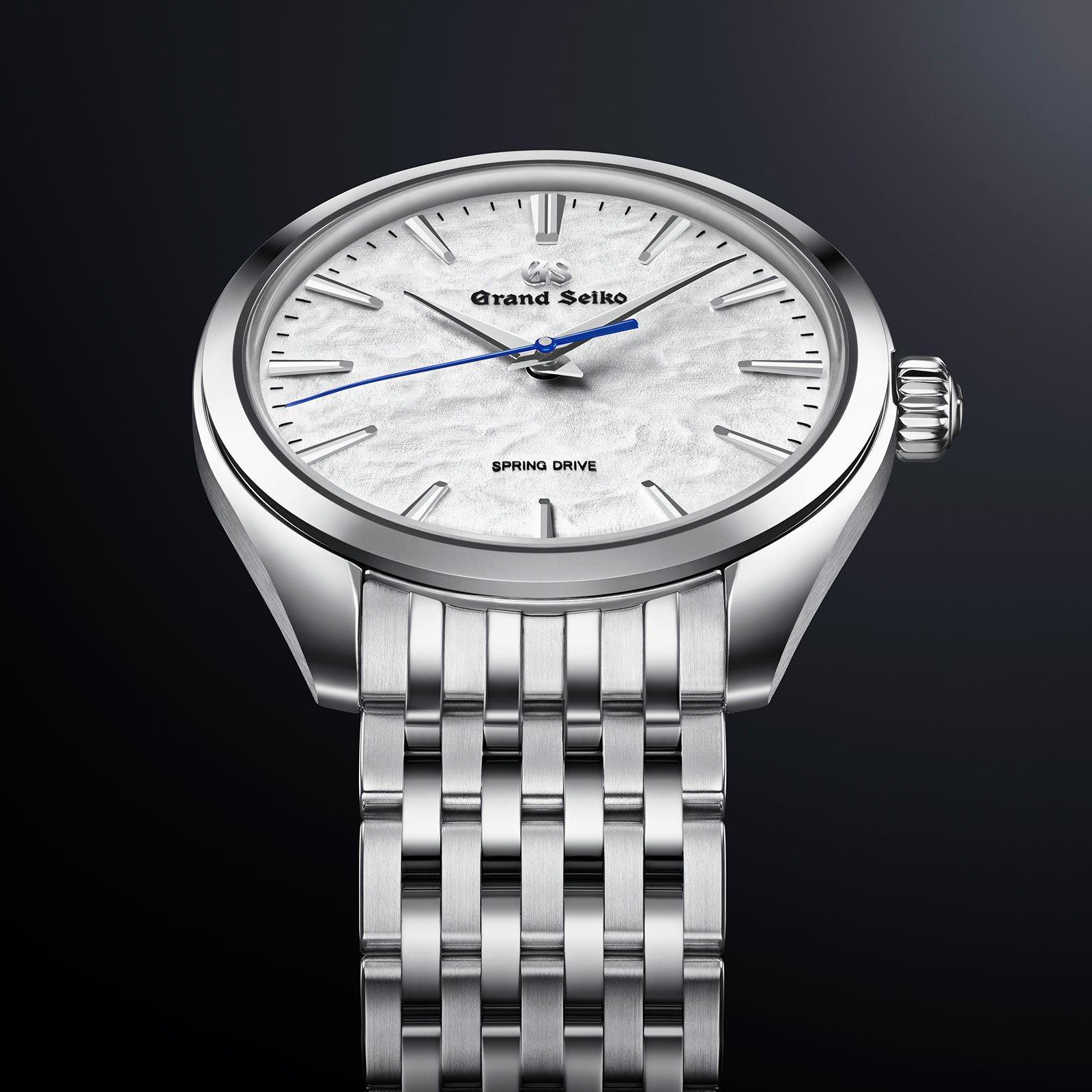