SBGA429 celebrates sokō, the end of Autumn when the first frost embraces the forest. The green accent colors on the second hand and the power reserve indicator evoke the verdant life of Kyoto's Arashiyama bamboo forest in its peak season at the end of autumn, and the dials' vertical texture reflects the tall bamboo stalks. The Arashiyama bamboo grove is known for its interplay of light and shadow, and so there are two editions: SBGA429 is "shadow" and SBGA427 is "light."

The 39mm stainless steel case houses the Spring Drive 9R65 Caliber, which is designed, adjusted, and assembled by hand by acclaimed craftsmen and women at the Shinshu Watch Studio in Japan. Spring Drive, recognized as one of the great innovations in modern watchmaking, is a spring-driven movement with a state-of the-art electro-magnetic regulator that functions without an external power source. Its sole power source is a mainspring, which drives a series of gears as a traditional mechanical watch, and delivers a precision of one second a day, a rate unprecedented for a watch powered by a mainspring.

In addition to the bracelet, SBGA429 comes with a crocodile leather strap and three-fold clasp with push button release. 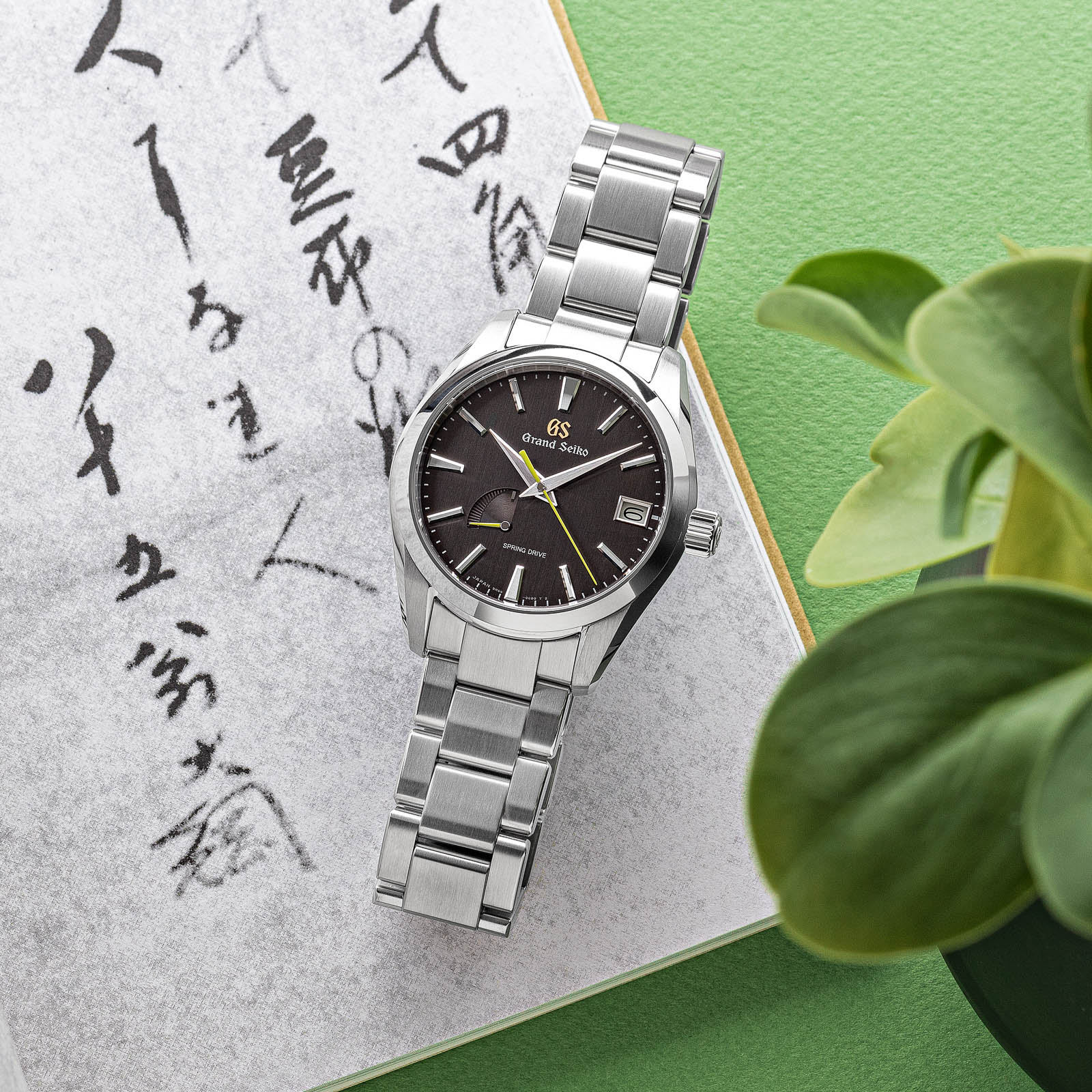 SBGA429
Capturing the interplay of light and shadow, SBGA429 embodies the latter with its dark dial. 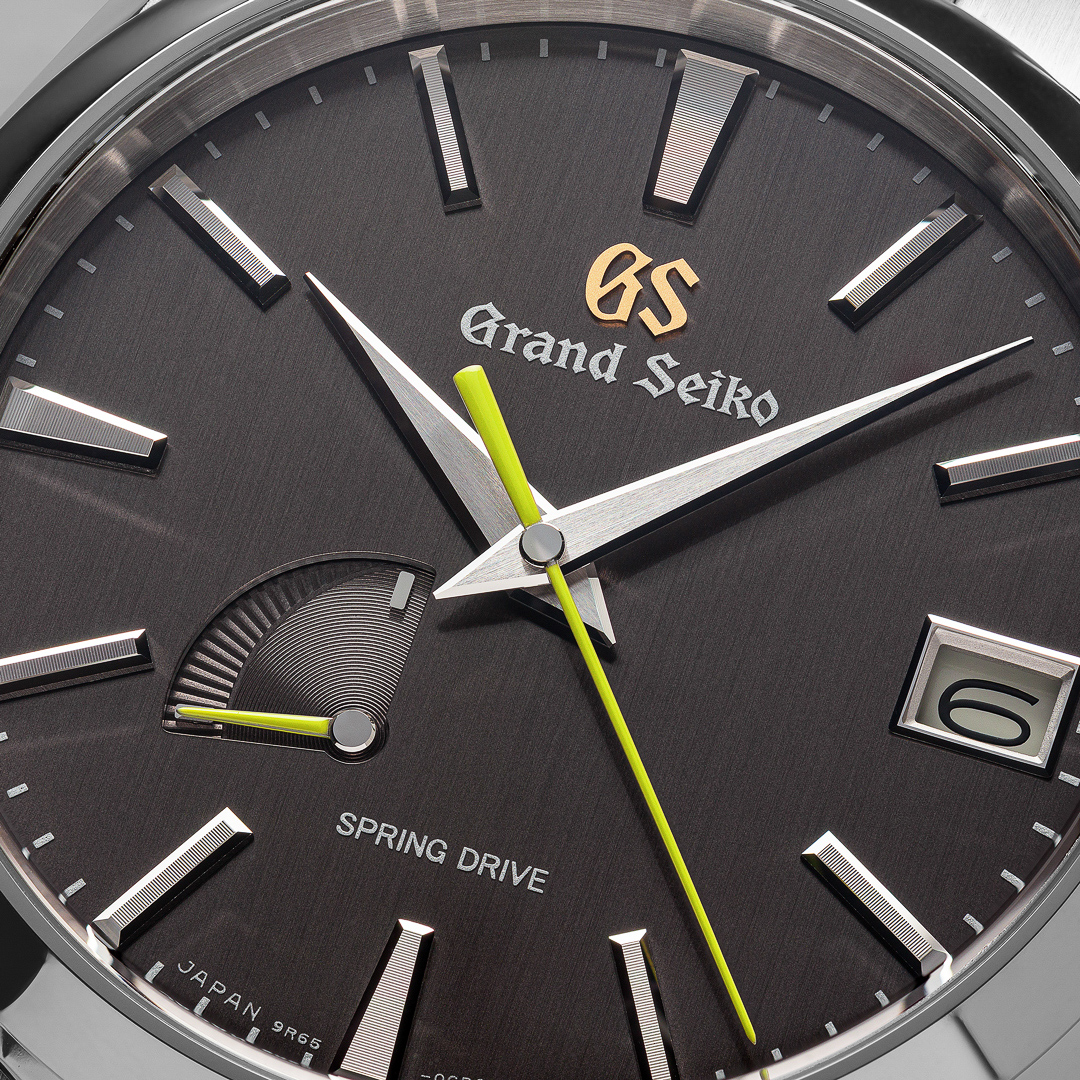 SBGA429
Light green offers a splash of color against the dark dial.